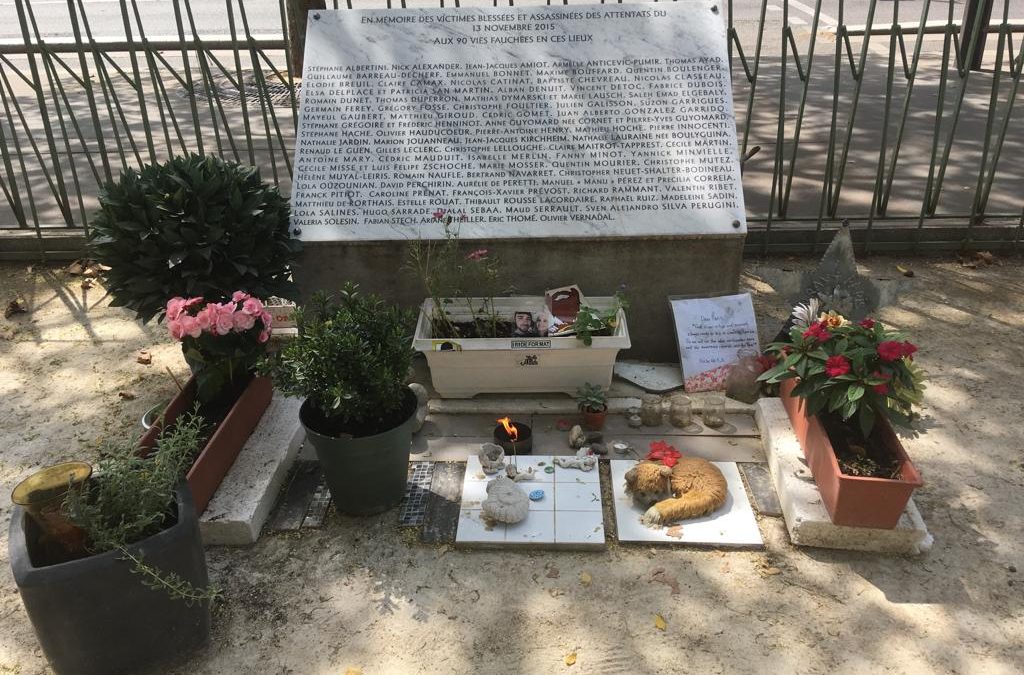 Three years ago on 13th November, several terrorist attacks took place in Paris, all of them perpetrated by IS, we say Daech in French. One of them was supposed to take place at le Stade de France in St Denis, but the terrorists did not manage to get into the stadium so they blew themselves up ( lls se sont fait sauter).

A little later, terrorists caused panic in the 10th and 11th arrondissement by shooting at people sitting at terraces of cafés and restaurants on this balmy night.

The worst attack took place in Le Bataclan, well-known theatre for rock concerts in the 11th arrondissement where 1500 people had come to listen to a concert with Eagles of Death Metal. A real massacre took place as the terrorists were shooting everywhere ( tiraient partout). The terrorists were eventually all killed by the police. 130 innocent people were killed that night and nearly 500 were injured. Ce fut une véritable nuit de cauchemar. ( It was a nightmare)

Now when you walk along le Boulevard Richard Lenoir which is about 500 meters away from Le Bataclan, you come across, in the gardens which are in the centre of the boulevard, a small but moving memorial to the victims (un memorial aux victimes) of these bloody attacks with the names of all the victims.

I came across it this Summer with my husband, we paused and reflected.

If you keep walking along these gardens you will soon join le canal St Martin with its bridges ( ses ponts et ses passerelles), locks ( ses écluses) and gardens (ses jardins), all the way to le bassin de la Villette and then to the huge expanse of gardens further north, le parc de la Villette. It is well worth a walk ( cela vaut la peine de faire la promenade), you forget that you are in the middle of a busy capital city.

Thanks to our teacher Martine for sharing this tribute with us.