Simon Fry gives us some more information about (la piscine) Molitor in Paris:
A new book tells the colourful story of one of the world’s most famous swimming pools.
‘Molitor Les Piscines et la Patinoire’ records the opening in 1929 of Paris’s Piscine Molitor, which featured among numerous amenities indoor and outdoor pools, the latter also operating as a wintertime ice rink ( une patinoire). 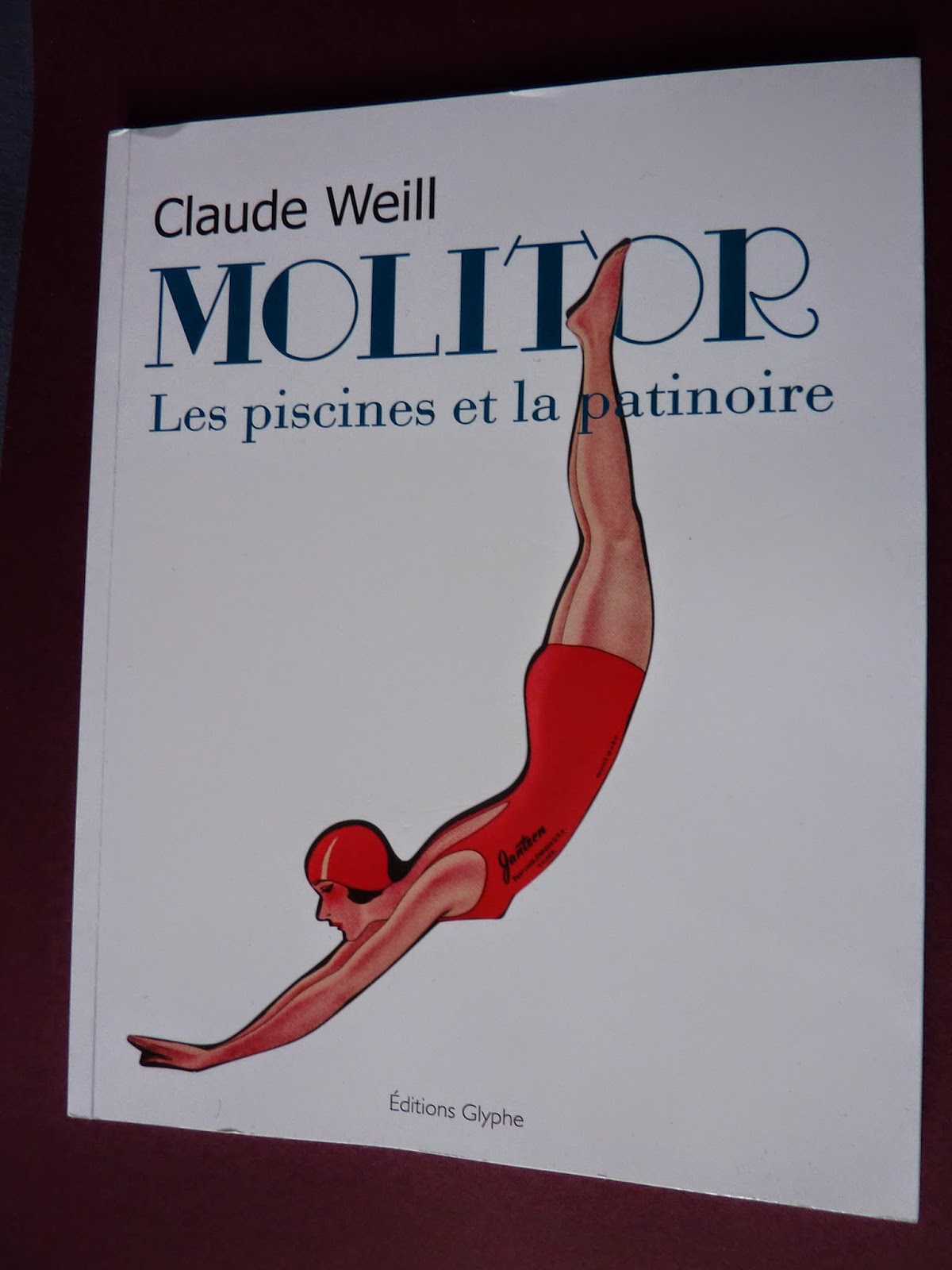 The book has been written by 87-year-old Claude Weill; a Parisian all his life, he first swam at Piscine Molitor in 1933 and has lived opposite it for the last 30 years. He attended the complex’s gymnasium up to three times weekly until its closure in 1989; since extensively demolished and rebuilt, Mr Weill and his wife were the first customers to book into the new Molitor’s hotel, staying on its first night, May 19.
The book explains how architect Robert Mallet-Stevens recommended Lucien Pollet to design Piscine Molitor. Mallet-Stevens had designed the house of Louis Barillet, a famed, contemporary stained glass artist, who was himself responsible for the art deco glasswork adorning the complex.
(Pollet designed other Parisian pools, such as Piscine Pontoise, a few hundred metres from Notre Dame, which opened in 1934.) 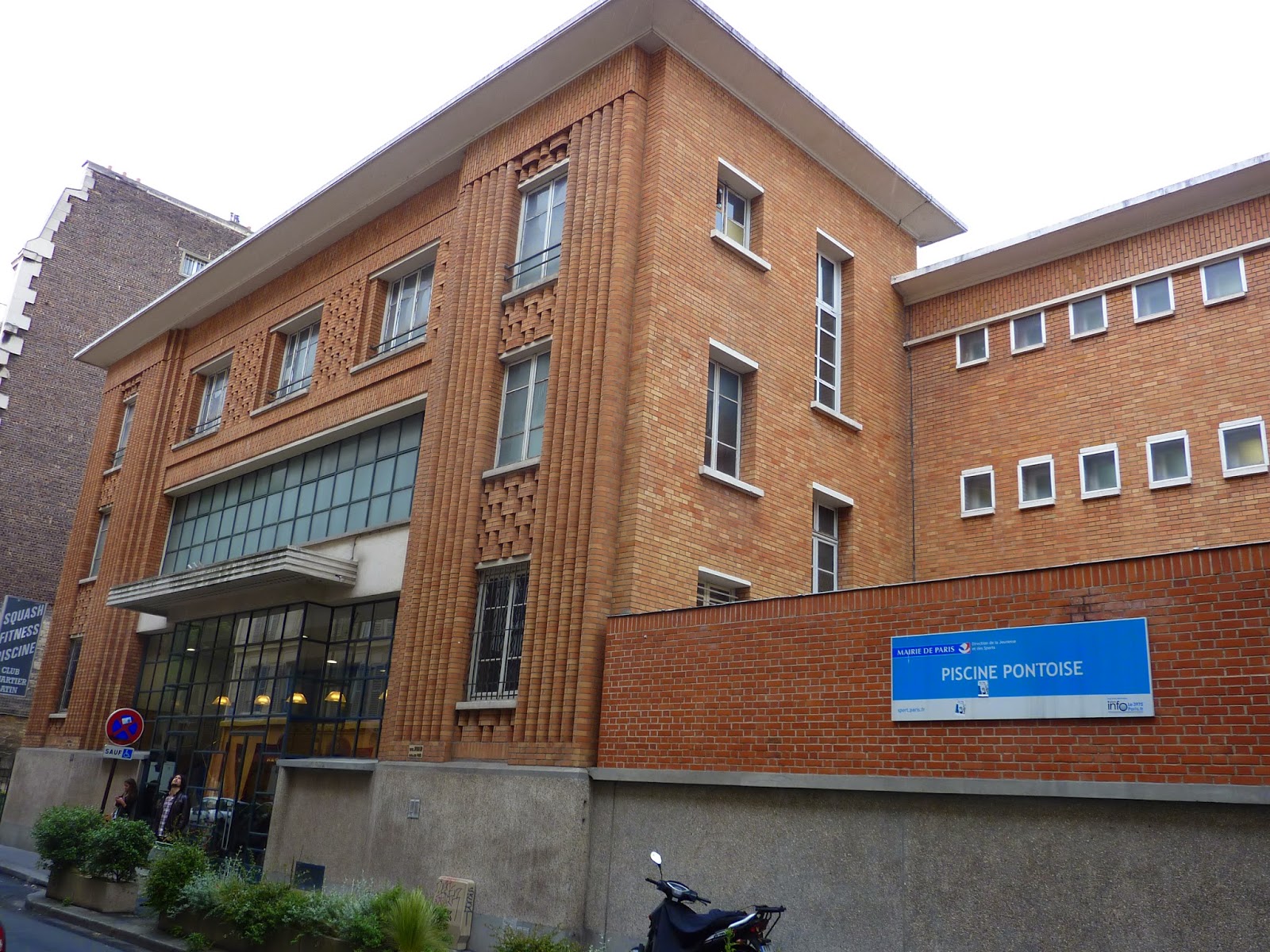 Fascinating photos and illustrations are dotted throughout, showing sunbathers relaxing on sand on a ‘beach’ beside the outdoor pool, motor-powered prototype snowmobiles, en masse synchronised swimming and a pulley system used to help handicapped children swim.
Coverage is given to Piscine Molitor’s 25 years of abandonment, when graffiti artists covered its surfaces with their work, a French music outfit staged a rave, 50 years of the Mini were celebrated in 2009 and Nike took over the site during the 2010 French Open. The book has a cover price of 20 euros.
For more information: www.editions-glyphe.com

Our French Summer intensive courses are now full, but start thinking about September and read about our regular French classes: For more info…