In France, a lot of streets are named after famous people; you have probably come across a rue Voltaire or Victor Hugo if you have ever stepped foot in France, although apparently you might not have encountered a lot of women’s names:  only 2% of street are named after a woman.

One of our students, David, studying French in one of our groups in Bristol, has found the following article about Jo Cox, the British MP (la député britannique) who was murdered (qui a été assassinée): 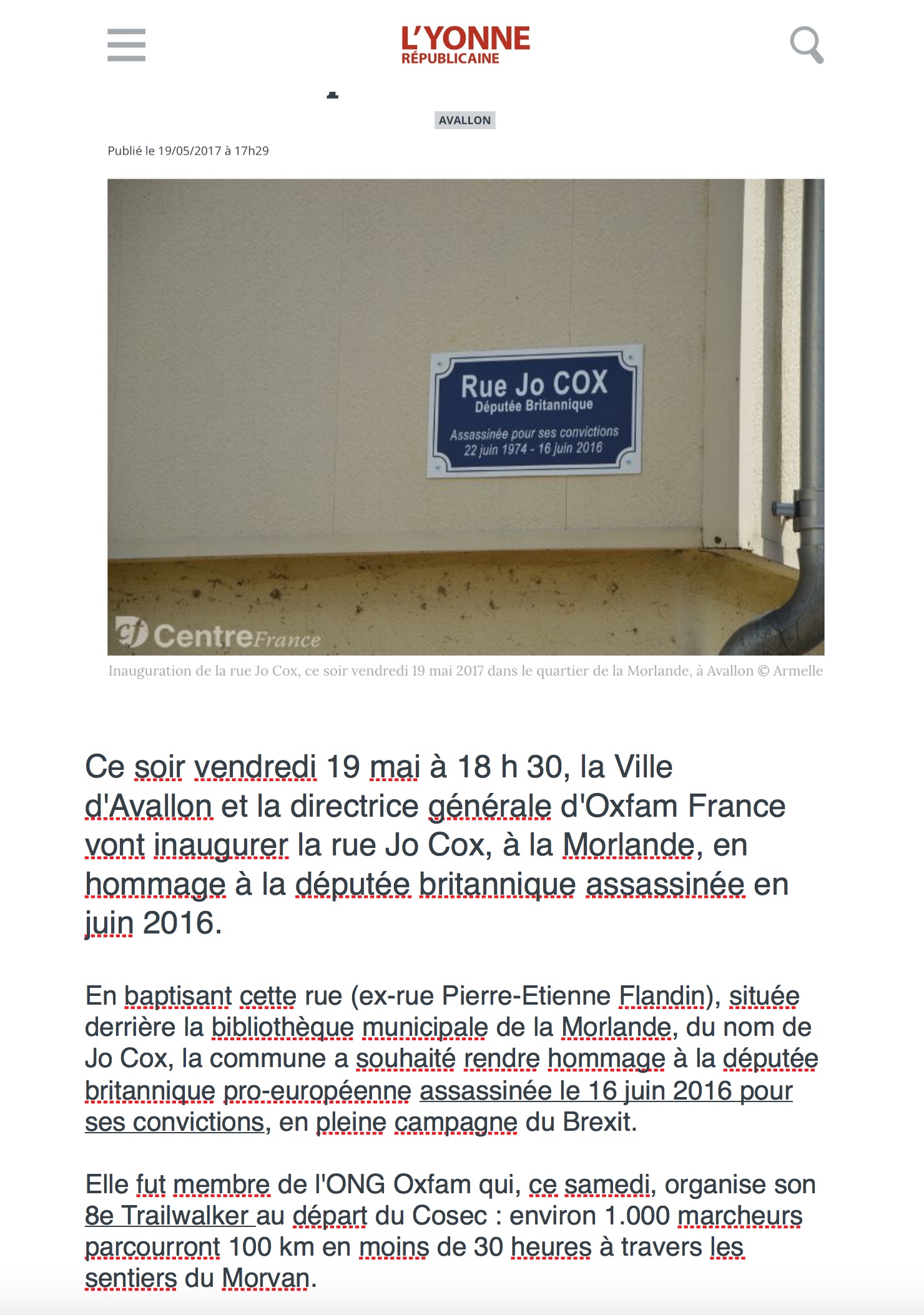 A beautiful gesture (un beau geste) to honour this politician.

Learning French with Alliance Française de Bristol is not just learning about language but also French and Francophone cultures; it is not to late to join us.